Up Close And Personal At Stars In The Alley

Stars in the Alley™ is an annual free outdoor concert in the heart of the Theatre District that every theatre lover should attend at least once in their life. Building on the energy leading up to the Tony Awards®, the event consists of performances from the most recent Broadway season and numbers from current long-running shows. On June 1, 2018, we got VIP access to this amazing event, and want to share with all of you why this free event is a must-see experience.

We arrived early, because we wanted to speak with the most important people there before the show started—the fans! 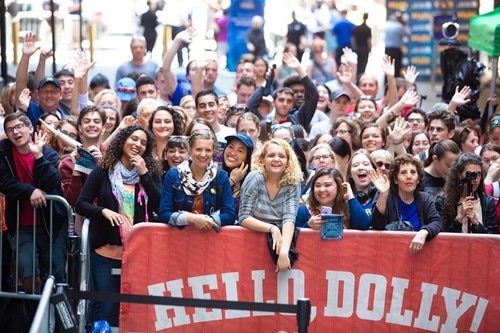 Jessa, a Girl Scout leader there with her troop, explained, “We’re from Philadelphia, so we get really excited when Broadway shows come to us, like Aladdin in a couple weeks. But there is just something so special about getting to see all these shows in one place and for free! I organize groups trip to Broadway—at least one a year—but this was a really cool experience we won’t forget!”

Frank, a soon-to-be college freshman and native New Yorker said, “It’s a dream of mine to attend the Tonys one day. Growing up in the city, Broadway has been such a huge part of my life, and it’s really exciting to be able to see all these amazing shows up-close. I’ve been coming to Stars in the Alley for the past four years and have never been disappointed.”

Sophie, a visitor from Germany here in NYC for a summer internship, couldn’t believe her luck. “Broadway is synonymous with New York City, and when I heard about this event, I thought I would get to see maybe two or three performances because it was free. But to be able to see 20 performances? That’s absolutely incredible! I know I’ll be calling home later and telling my parents which shows we need to see next time we’re all in New York together.”

Then, it was time for the show to begin! The men of Beautiful: The Carole King Musical opened the show with a rousing version of “On Broadway.” Then, the crowd was absolutely feeling the vibe of Joshua Henry’s performance of his “Bigelow Flows” interpretations of songs from Carousel. Katherine McPhee, star of Waitress, made one Broadway fan’s day by signing and throwing out her hat to the audience while singing “What Baking Can Do.” 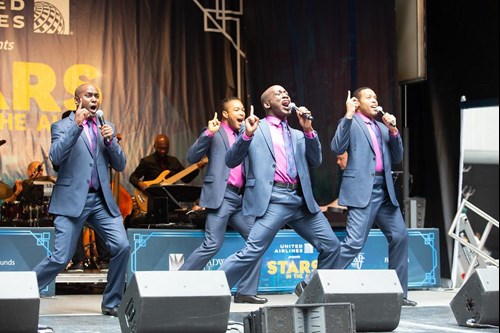 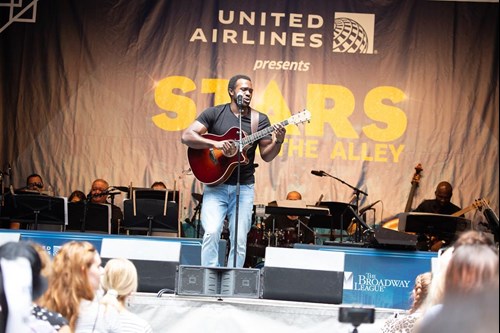 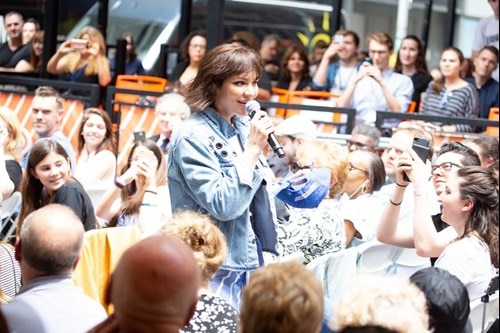 There were many Mean Girls fans in the audience, who delighted in getting to see Taylor Louderman and Kyle Selig perform the sultry number “Someone Gets Hurt.” Haley Kilgore wowed the audience with a powerful performance of “Waiting for Life” from Once On This Island. 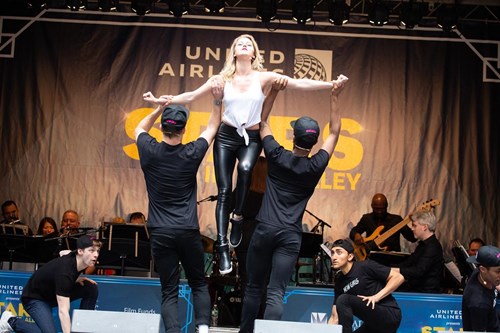 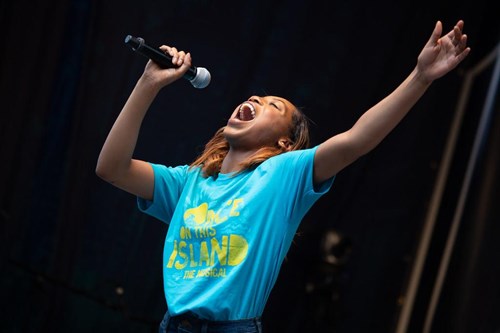 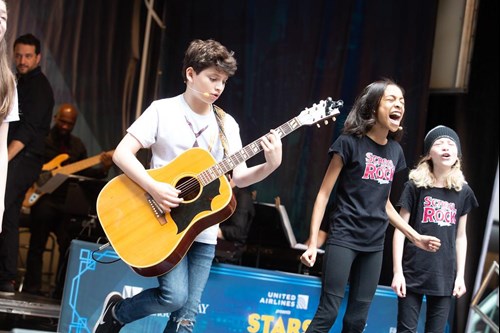 More performances included songs from Anastasia, Aladdin, The Band’s Visit, SpongeBob SquarePants, Come From Away, Dear Evan Hansen, Frozen, Chicago, School of Rock, Wicked, Escape to Margaritaville, Kinky Boots, Summer: The Donna Summer Musical and of course, Broadway’s longest running musical, The Phantom of the Opera. Cast members from Harry Potter and the Cursed Child, Saint Joan, Angels in America and The Play That Goes Wrong were also on hand for special presentations.

Charlotte St. Martin, President of the Broadway League, summed it up best by saying, “Stars in the Alley is an opportunity to sample the very best of live theatrical entertainment featuring the most talented performers in the city and celebrate the wonderful productions that are now on Broadway.”

So when you plan your next trip to NYC, be sure to check out what special events are happening around Broadway and make your experience even more magical.