How To Make The Most Of BroadwayCon

The snow flurries in Times Square can mean only one thing: BroadwayCon is coming. It’s a theatre lover’s dream weekend, and if you’re thinking about coming to Broadway’s biggest event of the year (aside from the Tonys®), we have two really simple pieces of advice to help you get the most out of it.

First, plan ahead. BroadwayCon runs January 11-13, 2019 at the Hilton New York Midtown, and there are so many amazing workshops and events happening in those three days. You don’t want to miss something simply because you didn’t hear about it in time! Be sure to check out the complete schedule in advance so you can map out your weekend. We’re still a few weeks out, and the schedule isn’t finalized, so keep checking back in case anything changes!

Our second piece of advice? See a show or two! Not only does seeing a show heighten the whole experience of coming to BroadwayCon, you’ll learn inside secrets that you can then see in action on stage. Last year we learned from the cast of Waitress that they use powdered Vitamin C in the show instead of flour because the flour in the air was aggravating the cast’s throats!

Take a look below to see what some of your favorite shows have planned for BroadwayCon—and start mapping out your dream weekend now! 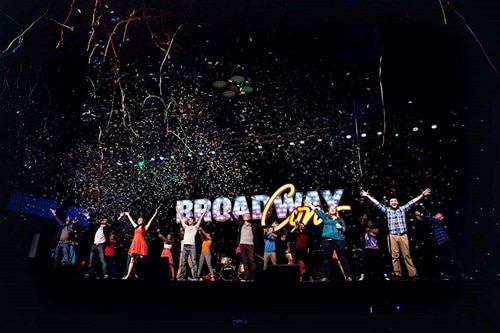 Aladdin
Have your photograph taken with Broadway’s very own Aladdin! Telly Leung, who currently plays the title role in the show, will be doing a photograph session on Friday afternoon! Be sure to enter the online lottery for this event by January 4.

Mean Girls
Get all of the gossip directly from the Plastics as the cast and creative team behind Mean Girls share their stories from working on this movie-turned-musical on Friday afternoon.

The Prom
Get your photograph taken with Caitlin Kinnunen on Friday afternoon (don’t forget to enter the online lottery by January 4!); then join the cast and creative team in the evening to hear just what it takes to bring an completely original Broadway musical to life!

Beetlejuice
Kick your Saturday off with a photograph with Alex Brightman, soon to be playing the title role in Broadway’s Beetlejuice. Be sure to enter the online lottery for this event by January 4!

Pretty Woman
Saturday evening, the Pretty Woman team will be on hand to discuss the joys and challenges of taking one of the most iconic romantic comedies of all time from the silver screen to the Broadway stage.

My Fair Lady
Have a loverly time with the cast of My Fair Lady—including current Eliza Doolittle Lauren Benanti—on Sunday afternoon as they discuss their revival of this Lerner & Loewe classic.

And of course, don’t forget to check out the Marketplace! The BroadwayCon Marketplace is the best place to find cast-recordings, Broadway apparel, handmade crafts and so much more. We’ll be there—and we’ve got something exciting planned for you. Stay tuned!