Who says they don’t make musical comedies like they used to? Some Like It Hot, the funniest film in Hollywood history, has been reimagined and reborn as Broadway's great big musical comedy.

"The joyous Broadway musical people have been praying for!" - NY Observer
"Exhilarating...Unstoppable...Obviously a hit!" - The New York Times

Set in Chicago when Prohibition has everyone thirsty for a little excitement, Some Like It Hot is the “glorious, big, high-kicking” (Associated Press) story of two musicians forced to flee the Windy City after witnessing a mob hit. With gangsters hot on their heels, they catch a cross-country train for the life-chasing, life-changing trip of a lifetime.

Entertainment Weekly calls Some Like It Hot “a booze-soaked boisterous good time from start to finish, boasting infectious music by Marc Shaiman and lyrics by Shaiman and Scott Wittman, a witty book by Matthew López and Amber Ruffin, and stellar direction and choreography by Casey Nicholaw.”


Some Like It Hot is a hilarious comedy that will have you laughing from beginning to end. It tells the story of two musicians who witness a mob murder and have to disguise themselves as women in an all-female band to escape the mob. Directed and choreographed by Casey Nicholaw, the musical is sure to be a hit with audiences of all ages. Based on one of the most iconic movies of all time, the story comes alive on stage, and the laughs—the hilarity—is nonstop. The score takes you back to a jazz age with a modern sensibility.


If you’re interested in making your group’s next Broadway visit into an unforgettable event, don’t miss your chance to see this new take on the classic Hollywood comedy. Some Like It Hot is hilarious but also covers deep feelings about friendship and romance. The cast rocks, and the choreography is spectacular. Featuring a timeless, unforgettable score, it’s a show that will have you feeling all the feels.


Based on the 1959 film of the same name, Some Like It Hot is all you could wish for. With music by seven-time Oscar nominee Marc Shaiman and writing by Scott Wittman, Matthew Lopez, and Amber Ruffin, there is enough talent to make this new musical a truly special and fresh take on the beloved classic. This is a show that your group will absolutely love.

Approximately 2 hours and 30 minutes, including one 15 minute intermission 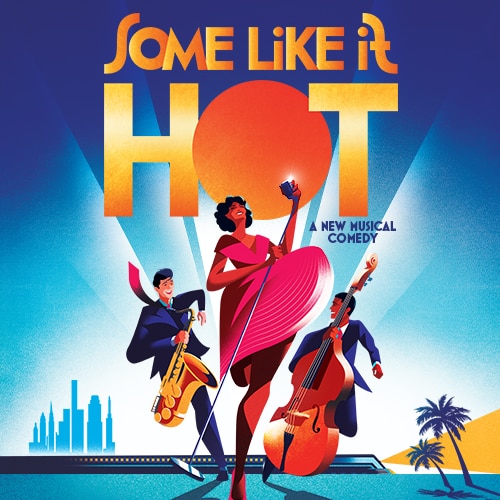 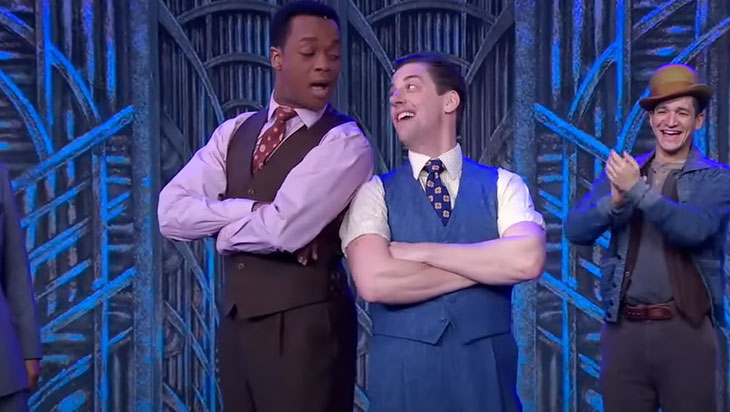 Video: Christian Borle and J. Harrison Ghee Perform "You Can't Have Me" From Some Like It Hot 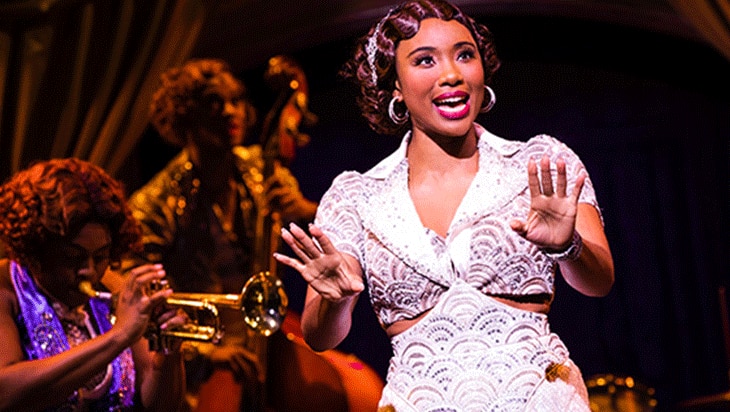 Video: “A Darker Shade of Blue” from Some Like It Hot