Merrily We Roll Along

Let Me Know
The acclaimed revival of Stephen Sondheim's Merrily We Roll Along comes to Broadway this fall starring Daniel Radcliffe, Jonathan Groff and Lindsay Mendez.

Merrily We Roll Along has long been considered Stephen Sondheim's unfinished masterpiece - until now.

It’s the best thing that ever could have happened! Following sold-out runs in London and at the New York Theatre Workshop, Merrily We Roll Along is returning to Broadway — and with Maria Friedman’s widely acclaimed production, it is poised at last to take its place in the pantheon of great American musicals. Featuring one of Sondheim's most celebrated and personal scores, and moving backwards in time, Merrily charts the turbulent relationship between three lifelong friends — composer Franklin Shepard (Grammy Award winner Jonathan Groff), writer Mary Flynn (Tony and Grammy Award nominee Lindsay Mendez) and lyricist & playwright Charley Kringas (Grammy Award nominee Daniel Radcliffe) — and traces every milestone of their lives for nearly two decades as they navigate success, show business and unbreakable bonds.

“It’s our time, breathe it in; worlds to change and worlds to win.”

"Merrily finds greatness! A revelatory and intoxicating revival. We're all 'catching at dreams,' proclaims a lyric in the title number. With this production, the dream of a great Merrily has been caught.” - The Washington Post
Let Me Know 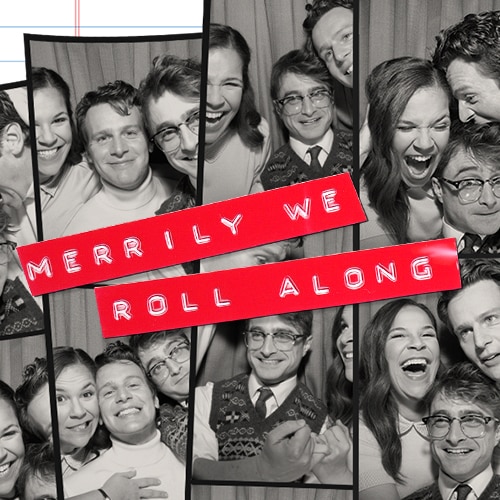