The story of the legendary Neil Diamond comes to life on stage in an uplifting new Broadway musical, A Beautiful Noise featuring all his hit songs including “Sweet Caroline,” “America,” and “Cracklin’ Rosie.”

The grandson of Jewish and Polish immigrants, Brooklyn born and raised, Neil Diamond was a New York kid down to his boots, strumming his guitar on the steps of Erasmus High School on Flatbush Avenue.

1960s America was hungry for change and so was he. He landed a gig selling songs for fifty bucks a week in the legendary Tin Pan Alley’s Brill Building, just 5 blocks from where you’re standing right now. At night he honed his voice on stage at the Village’s Bitter End, but knew he was destined for something greater.

This was New York, after all. City of dreams. Full of life and opportunity where anyone could write their story. And so he did, in song after song.

10 Top 10 Hits. 140 million albums sold. His 1972 concert and live album Hot August Night sung in front of 5,000 screaming fans catapulted him to fame as the ultimate entertainer. He sang his way to a Grammy Award, into the Rock and Roll and Songwriters Halls of Fame, then topped it off with a Lifetime Achievement Grammy and the Kennedy Center Honors.

This is the story of that Brooklyn kid who made it big and took us all along for the ride.

From those exhilarating early days in New York to the sold-out spectacles that defined his career, A Beautiful Noise explores the life of a rock icon through the music that made him “a national treasure” (Los Angeles Times).

Directed by Tony Award® winner Michael Mayer (Spring Awakening, Hedwig and the Angry Inch), choreographed by Olivier Award winner Steven Hoggett (Once, Harry Potter and the Cursed Child), and written by four-time Academy Award nominee Anthony McCarten (Bohemian Rhapsody, The Two Popes), A Beautiful Noise is a thrilling look at an artist’s search for himself and a celebration of the enduring power of his music.


A Beautiful Noise is a new musical about the life and career of singer-songwriter Neil Diamond. The soundtrack features many of Diamond's hits. Based on a setting of fictional therapy sessions, A Beautiful Noise chronicles Diamond's journey as one of the best-selling artists of all time. As he reflects on his famous lyrics, the songs come to life on stage with color and vigor. The show is a must-see for any fan of Neil Diamond's music. It features some of Diamond's most beloved songs, performed by a talented cast and band. It’s a story about following your dreams, finding your creative voice, and feeling alive. What’s not to love?


A Beautiful Noise is a celebration of a man and his music, which is exactly the kind of programming perfect for groups over 10. With a soaring score and an emotionally engaging tale at its core, it’s a perfect night out at the theatre. Don't underestimate the power of a feel-good story and good songs. These musical numbers will bring the audience to tears and make their hearts cheer at this inspiring celebration of music by Neil Diamond. No matter who your group is made up of, everyone can get wrapped up in the energy of a crowd enjoying their favorite songs.


The show is created by Academy Award nominee Anthony McCarten, writer and filmmaker famous for his work on The Theory of Everything, Darkest Hour, Bohemian Rhapsody, and The Two Popes. The main character is played by Tony nominee Will Swenson, who performed “Sweet Caroline” with Diamond himself two days before the premiere of the show in Boston.


A Beautiful Noise is a celebration of a musical legend and a reminder that the best stories are often the ones that are true. The audience will dive deep into the life and work of one of the world’s most beloved entertainers. A Beautiful Noise is a must-see for any Neil Diamond fan, and we guarantee that you'll leave the theater feeling inspired and uplifted.


Book your group tickets for Broadway’s A Beautiful Noise

2 hours and 15 minutes including one 15 intermission 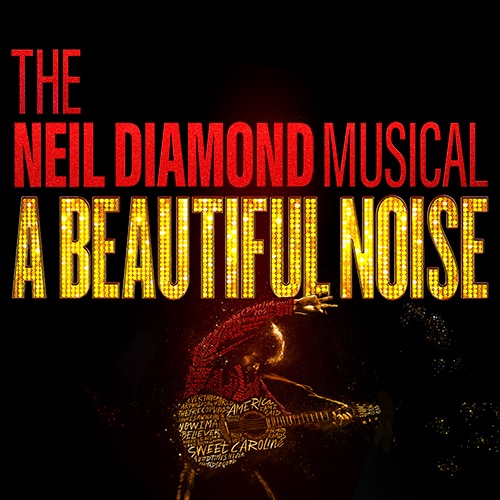 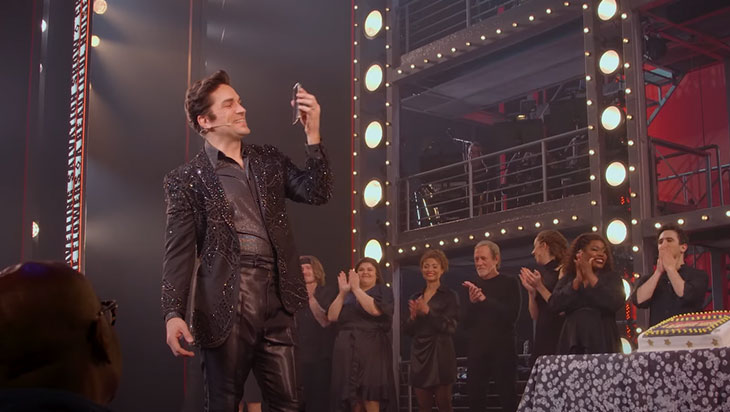 Happy birthday to the Brooklyn kid who made it big. 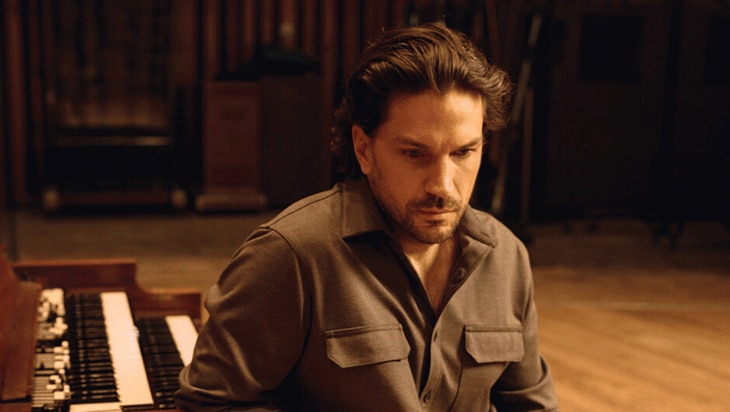 The actor has been listening to the famed singer since he was 3 years old; now Swenson is playing Diamond in A Beautiful Noise. 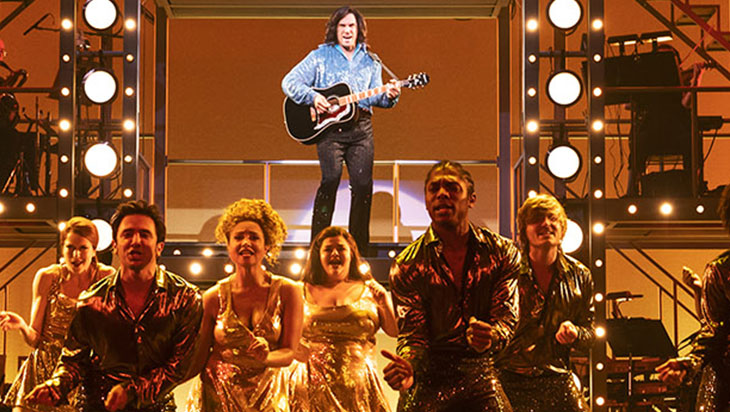 Have you got your tickets yet?