The Beautiful Costumes Of Beautiful!

Part of the magic of a Broadway show are the sets, the lights, and of course, the costumes! We personally didn’t realize how much work goes into just one costume, so we decided to talk to an expert, costume designer Alejo Vietti, who designed the fabulous 1960s costumes for Beautiful: The Carole King Musical. Alejo agreed to show us the costumes up-close and tell us what went into creating them.


Broadway Inbound: Broadway seems to attract more students to the theatre profession every year. How did your career in theatre begin? Did you always know you wanted to be a designer?

Alejo Vietti: My career path into the design world was one of interesting twists and turns. As a child growing up in Argentina, I always dreamed about being a set designer. But for too many reasons, I ended up going to law school and worked as a paralegal for three and a half years. One day, my father asked me if I was happy. When I answered no, he told me to stop and he encouraged me to study whatever I wanted in order to find happiness. The very next day, I enrolled in design school. And over 4 and a half years later I moved to NYC—and called every designer I admired and asked for an interview. Ann Roth (The Book of Mormon, Carousel) gave me my first job. I will always be grateful to her! And then she recommended me to someone else, and that's how I got my start. 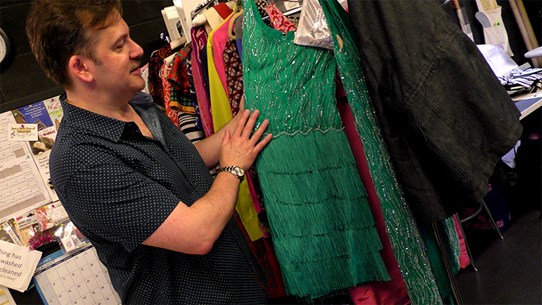 BI: How did you become involved with Beautiful: The Carole King Musical?

AV: I got involved in the show through [director] Marc Bruni. Marc and I did a show together Off-Broadway, and we had a great time. So one day we went to the Paramount Hotel bar for a drink, and he just asked me to do Beautiful. I said yes on the spot, of course! I am so very happy I had the chance to be a part of this very special show! 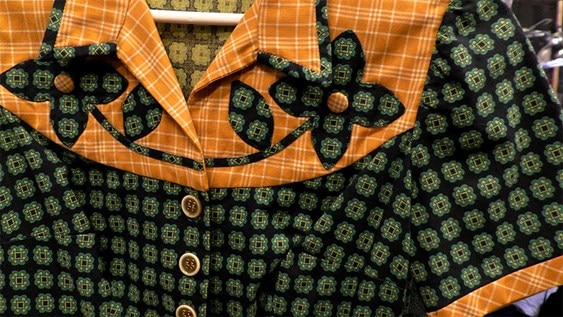 BI: Where did you look for inspiration for the costumes?

AV: I did a lot of photographic research, from the real characters in the show, the fashion from the period, to the many candid pictures of real people in the streets during those years. After a few weeks of exploration, I spent some time organizing my research in a methodical way, in order to capture the flavor for both the musical groups on the stage, like the Shirelles or The Drifters, and real people on the streets. The show moves fast during many years, and it's important for the storytelling that the costumes follow along accurately to help the audience visualize the change in periods and the changes in time. 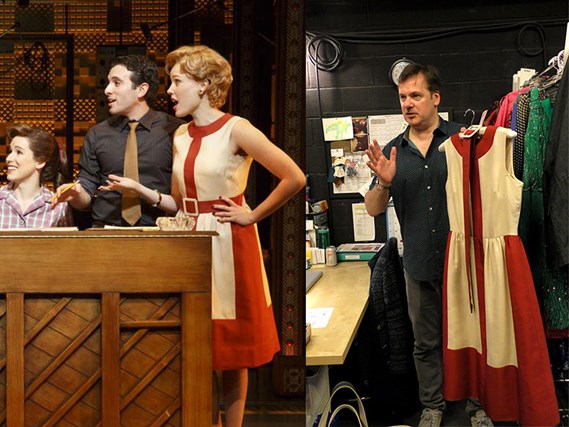 BI: Carole King goes through great changes in this musical, and the 60’s was a decade of unprecedented social change. How did you track the evolution of the characters and times in the costumes?

AV: For me this was easy, as the show starts around 1957, during a period that it was important to dress well and look good. Cinched waists, petticoats, and big hair. Then, the bigger part of the show moves through the 1960s, which was a very impactful decade in fashion. This era has been beautifully glamorized in Mad Men, creating a new memory of the fashion of the period which was more glamorous and tidy than the very eclectic reality of the 1960's. So it was great fun to explore the different styles of these years and adapt them for the stage. We end the show in the early 1970s, which was much more "relaxed" time for fashion, and the time when Carole finds her true identity as an artist and establishes her iconic "look" with her fabulous wavy hair, and her easy clothes. If you look closely at it, you'll see that the characters move along with the times they live in. They ease themselves through the imposed structure of the late 1950s, venture into the creative 1960s and enter the relaxed and original early 1970s. 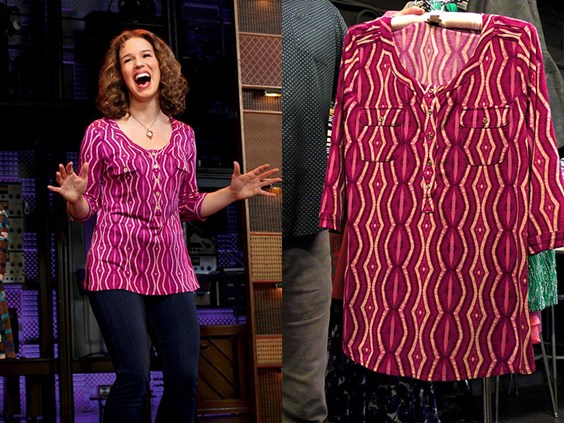 BI: The show has been running for a while, do you have a piece you can look back on now and say is your favorite?

AV: Oh, this is hard to say. I do love all the custom knit shirts in the show—and there are a lot of them in Beautiful! I love the intricacy of the patterns, and the color combinations of them. But I am also very fond of the dress that Carole wears at the beginning and the end of the show, for the Carnegie Hall concert. It really has nothing to do with what Carole King wore in reality, but it has become an iconic piece in our show. It combines luxurious fabrics—custom printed silk chiffon, silk charmeuse, and even some purple and blue Swarovski crystal dangles on the belt—with a simple and relaxed silhouette, and it works well for the character and for the show. 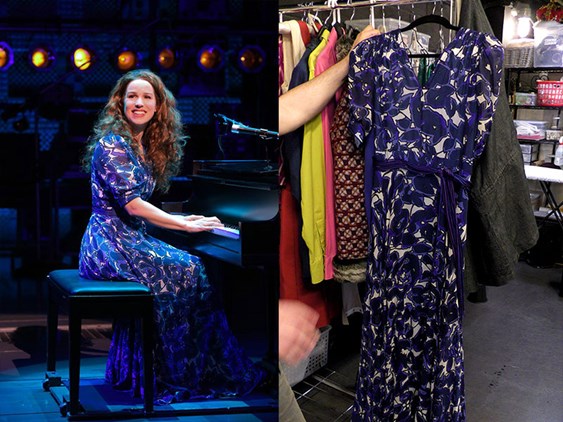 BI: People the world over come to Broadway to see the best, and you’ve designed some of the best. How does the audience intersect with your work as a designer? What do you hope your clothes add to their experience?

AV: The beauty of any show, is that it's the ultimate collaborative genre. When my costumes are on a hanger off-stage, they are just clothes. The actors bring them to life onstage, in a wig and with makeup, on the set, and under the show lights. One element doesn't fully work without the others. You need the whole effect to experience a show. And that's why audiences love live theatre, and that's what they remember.


We learned a lot while we were with Alejo. One jacket that merely looks like a print with horizontal stripes actually has each stripe individually stitched on! There’s a special scene in the show where Carole does a quick change into a gorgeous dress right on stage, and while we can’t reveal how it’s done, believe us when we say a ton of intricate work goes into making this magic happen. See the magic for yourself and admire all of Alejo’s creations by visiting the show page below to get your tickets for Beautiful: The Carole King Musical.