Valentine’s Day is almost here! Whether you’re spending it with a sweetheart, with your friends, or with yourself, a Broadway show makes for an amazing date night! Of course, no Valentine’s Day would be complete without some sweet treats, so we headed over to Dylan’s Candy Bar in NYC’s new Hudson Yards to put together some amazing Broadway-themed tackleboxes. 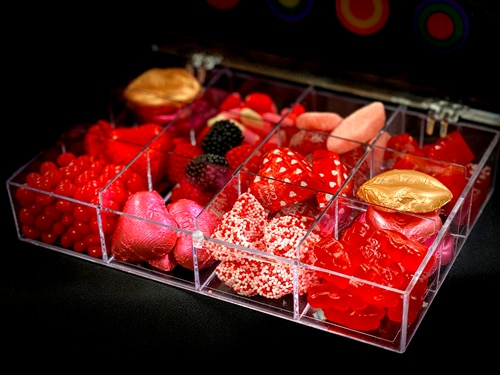 Life certainly is wonderful with this sumptuous selection of candies inspired by Moulin Rouge! The Musical. Milk chocolate rainbow lips and cherry lovers evoke the splendor and romance of turn of the century Paris, where bohemians and aristocrats rub elbows and revel in electrifying enchantment. Pop a Prosecco gummy bear and prepare for the spectacular spectacular… 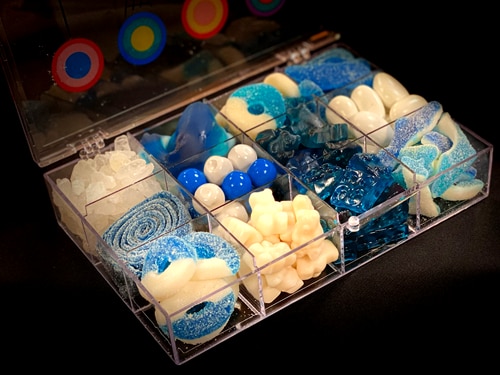 All we see is sky for forever in this box of blue-hued candies representing Dear Evan Hansen. When a letter that was never meant to be seen leads to a lie that gets out of hand, Evan finally gets the one thing he’s always wanted: a chance to fit in. This box contains a multitude of blue raspberry gummy bears, belts and rings—plus Jordan Almonds in honor of Jordan Fisher, the most recent actor to don Evan’s arm cast and polo. 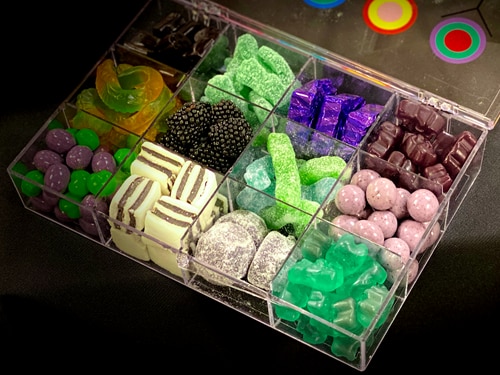 Lydia Deetz’s life changes forever when she and her father move into a new house—that happens to be haunted by its former owners. Add a mischievous demon with a thing for stripes to the mix and you’ve got the hilariously macabre musical Beetlejuice. Striped licorice candies take center stage, evoking the title character’s iconic costume, and gummy worms and other creepy crawlers round out this tacklebox. 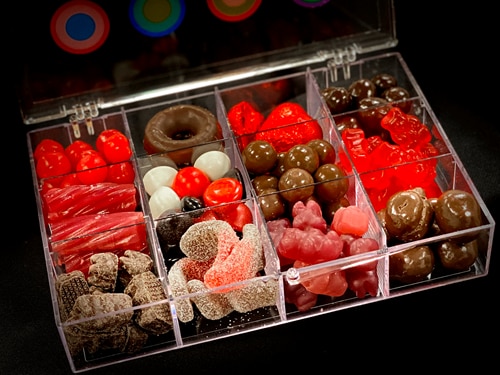 Chicago is a Broadway classic. From the show-stopping numbers to the scandalous tale itself, it has everything that makes Broadway great. So naturally we were inspired to include some classic candies, which is why we’ve combined an assortment of chocolate covered treats, like dark chocolate covered almonds, with old school favorites like cinnamon bears and licorice mix. Let this box of treats razzle-dazzle your taste buds as you make your way to the theatre. 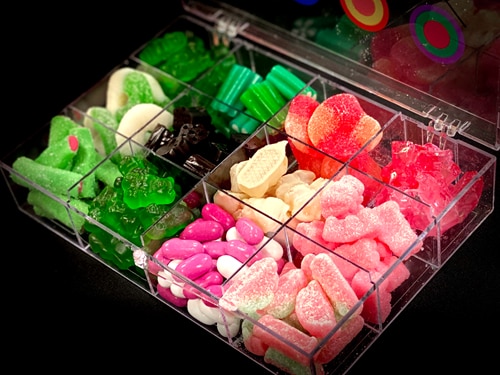 Wicked tells the story of Oz before Dorothy arrived, when the green skinned girl who would grow up to be the Wicked Witch of the West formed an unlikely friendship with a popular and bubbly blonde. In this tribute to Elphaba and Glinda’s friendship, sparkly pink strawberry rock candy stands side-by-side with green apple gummy bears and rings. You’ll enjoy the sweet and tart flavors almost as much as the show!

These are just some of the shows and sweets you can combine this Valentine’s Day. No matter what you choose, you can’t go wrong with a Broadway show—just be sure to book your tickets in advance!