Every group is unique. Whether you're coming on a bus with your friends, through your local community theatre, or having a family reunion, each group has specific needs when it comes to picking the perfect Broadway show. Fortunately, no one knows Broadway better than our team at Broadway Inbound. We're lucky enough to see almost every show that opens on Broadway, which makes every staff member on our team a bona fide theatre expert.

There's nothing we love more than talking about our favorite shows, so we've assembled a list of some of our current Staff Picks. Last month, we brought you some of our favorite Broadway shows., this time we're bringing you shows essential to the NYC experience.

Todd's Pick: The Book Of Mormon 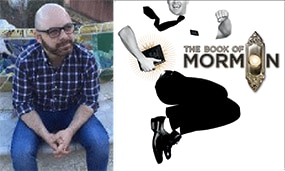 Todd Recommends: It’s been a while since I’ve seen The Book of Mormon, and I’m dying to go back and see the Tony®-winning sensation again. Let’s face it, even after eight years, it’s still going strong as the <expletive> funniest musical on Broadway.

Perfect For: Grownups who don’t take things too seriously. There’s some language in this show that’s not appropriate for the little ones, but teens will probably be rolling in the aisles.

The Book of Mormon in Three Words: Irreverent. Side-splitting. Unmissable.

Meet Todd: 15-year-old Todd used to sit in his bedroom, listening to the Les Misérables cast recording and all the Sondheim he could find, dreaming he’d get to attend the Tony Awards® one day. He’s now been to the Tonys® 19 times, and he never gets tired of it. 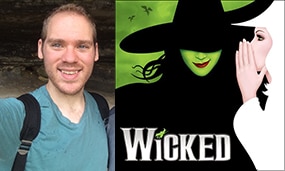 Keith Recommends: Wicked takes a familiar story you think you know and turns it on its head. With an emotional journey about love, fearless courage, and the power of friendship, Wicked is an unforgettable experience filled with laughter, large flashy chorus numbers, heartbreaking ballads, and a story that will touch you to the core.

Perfect For: A group of friends looking for a great night out.

Meet Keith: Keith caught the theatre bug when he played Nicely Nicely Johnson in his sixth-grade production of Guys and Dolls. He loved the concept in musical theatre that a character’s emotions were too much for them to convey through words alone. “To see emotion expressed through music is truly magical.” 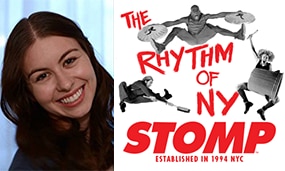 Christine Recommends: Stomp is celebrating its 25th Anniversary this year, and I’ve been meaning to find my way back there. It’s one of the most innovative shows I’ve ever seen. You’ll find yourself constantly surprised by the objects that are used as instruments and blown away by the dancing. There’s a reason this show’s been around for 25 years.

Perfect For: Any one with a deep appreciation for movement, rhythm and ingenuity.

Meet Christine: Christine’s been involved in theatre since seeing a production of A Midsummer Night’s Dream as a kid. She grew up taking the bus into the city to see shows and working on them whenever possible. “It doesn’t really matter to me whether it’s a musical or a straight play, classical or contemporary—I just love good stories.”