A Doll's House, Part 2 Is Coming to Broadway

Here's how the producer's describe the play: "In the final scene of Ibsen's 1879 ground-breaking masterwork, Nora Helmer makes the shocking decision to leave her husband and children, and begin a life on her own. This climactic event — when Nora slams the door on everything in her life — instantly propelled world drama into the modern age.  In A Doll's House, Part 2, many years have passed since Nora’s exit.  Now, there’s a knock on that same door. Nora has returned. But why?  And what will it mean for those she left behind?"

Group tickets for the new play are now on sale by clicking here. 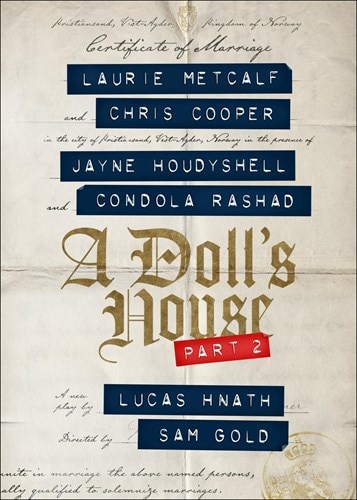