View All Shows
A Doll’s House, Part 2 has been called "the best play of the Broadway season" by The New York Times, Los Angeles Times, W Magazine and Time Out New York.

Written by Tony Award® nominee Lucas Hnath and directed by Tony Award winner Sam Gold, A Doll’s House, Part 2 explores, in uproarious fashion, the emotional chaos that results when Nora Helmer returns to the home from which she exited fifteen years earlier. Tony Award winner Julie White, Stephen McKinley Henderson, Tony Award winner Jayne Houdyshell, and Erin Wilhelmi star in this "explosively funny new play” (The Hollywood Reporter) that delivers "huge rolling laughs, one after the other, for 90 ceaselessly entertaining minutes” (W Magazine). Jesse Green of The New York Times raves, “The best play of the year. I love A Doll's House, Part 2. This is a great comedy." Peter Marks of The Washington Post cheers, "I want do nothing but talk about A Doll’s House, Part 2 for the rest of my life.”

“A director and creative team on fire and a playwright brilliantly coming into his own? It doesn’t get much better than that.” The Huffington Post, Michael Giltz,

“When A Doll’s House, Part 2 was over I turned to a friend and said, ‘Shouldn’t theater always be like that?’” New York Post, Johnny Oleksinski

“FIVE STARS. A Doll’s House, Part 2 keeps you hanging on each turn of argument and twist of knife. It’s dynamite.” Time Out New York, Adam Feldman

Recommended for 13 +
Children under the age of 4 are not permitted in the theatre.

1 hour and 30 minutes, with no intermission 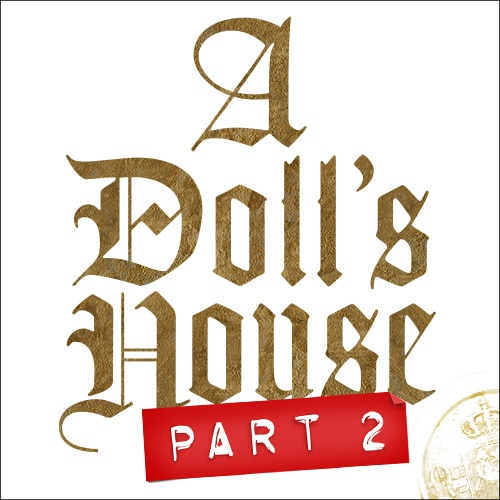 Lunch With Laurie Metcalf at a Doll-Store Restaurant

Vulture's Jackson McHenry sits down with the star of A Doll's House, Part 2 for lunch at a doll store.

Get to know more about these spectacular, Tony-nominated leading ladies.

Check out this new trailer for Lucas Hnath's sequel to Henrik Ibsen's masterpiece.

This was my favorite show this year! Laurie Metcalf and Jayne Houdeyshell are national treasures, and we are so lucky to have them both on Broadway again this year.
Jacob J.
Industry Professional
I didn't know what to expect going in, but it was so much funnier than I expected! The cast members were all great. They had me laughing so hard that my eyes were watering.
Cynthia N.
Group Leader
Don't worry if you've never seen A Doll's House - this is a totally new play. I thought it might be stuffy or boring, but it was very modern and hilarious! Definitely a great surprise of a show! Don't miss it!
Danielle B.
Theatre Lover