Gary: A Sequel to Titus Andronicus

View All Shows
This show played its final performance on Sunday - June 16.

In Gary, Taylor Mac’s singular world view intersects with Shakespeare’s first tragedy, Titus Andronicus. In Mac’s extraordinary new play, set during the fall of the Roman Empire, the years of bloody battles are over. The civil war has ended. The country has been stolen by madmen, and there are casualties everywhere. And two very lowly servants – Lane and Nielsen – are charged with cleaning up the bodies. It’s the year 400 – but it feels like the end of the world.

Recommended for 14 + (Contains mature content.)
Children under the age of 4 are not permitted in the theatre.

95 minutes, with no intermission 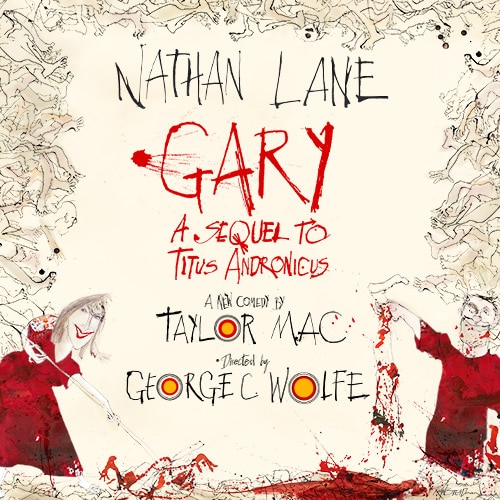