View All Shows
This show played its final performance on Wednesday - December 15.

Ben Jonson’s Jacobean jack-in-the-box of a play, The Alchemist, is a side-splitting, screwball farce of magical proportions.

A quick-witted trio of tricksters fleece an onslaught of greedy sheep with their virtuosic ability to improvise amidst increasingly frantic comings and goings.

London. 1606. It’s plague time again. When a wealthy gentleman flees to the country, his trusted servant opens his house to a pair of con artists and sets up a den of criminal capitalism. Claiming alchemical powers, the quick-witted trio fleece an onslaught of greedy sheep with their virtuosic ability to improvise amidst increasingly frantic comings and goings. It’s comic gold with dupes, double-dupes, duels, disguises, and a lucky flea named “Lewis”.

This new version of Jonson’s rowdy comedy classic is adapted by Jeffrey Hatcher and directed by Jesse Berger – the pair that created the Red Bull Theater's 2017 production of the hit comedy The Government Inspector.

"Once you enter Red Bull Theater’s good-natured staging of The Alchemist, your troubles should all dissolve into its warm, candlelit foolishness. Jeffrey Hatcher’s adaptation of Ben Jonson’s 1610 farce is a giddy whirl, sweeter and less cynical than the original." Vulture / New York Magazine

(FOUR STARS!) "The cast is a gas." Time Out NY Critic's Pick

"Shenanigans and slapstick ensue, spiced with an abundance of saucy double, and sometimes single entendres. The dialogue often zings, and Berger orchestrates the farcical comings and goings on Alexis Distler’s bi-level set at the requisite madcap pace." New York Times

(FOUR STARS!) "Jesse Berger, who heads the Red Bull Theater, has a soft spot in his heart for comedy/dramas past and has now given The Alchemist more than a moment’s thought. He’s directed and produced an entertaining revival-revisal for our time. He’s accomplished this using Jeffrey Hatcher’s adaptation and tapping some of the best farceurs hanging around these days. This comedic posse, primed to check in anywhere from mildly risible to hilarious to outright outrageous, consists of Reg Rogers, Manoel Felciano, Jennifer Sanchez, Carson Elrod, Stephen DeRosa, Jacob Ming-Trent, Louis Mustillo, Nathan Christopher, Allen Tedder, and Teresa Avia Lim." NY Stage Review

"A crackling new adaptation by Jeffrey Hatcher. Powered by implausible situations and the kind of supercharged comic performances that make those situations seem perfectly acceptable, The Alchemist represents a mighty return for Red Bull Theater, the scrappy troupe with a joyously modern outlook on the classics. They have the audience rolling in the aisles." Theatermania

10 or more tickets
To purchase fewer, visit Telecharge for The Alchemist.

Recommended for 14 +
Children under the age of 4 are not allowed in the theatre.

1 hour and 55 minutes, including 1 intermission 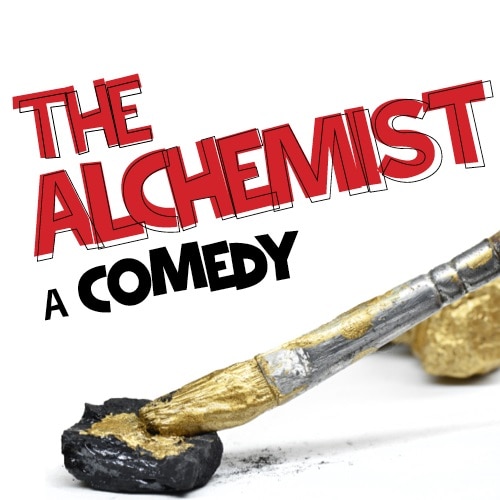