On a sunny Thursday morning, 50 excited middle school students crowded into Ripley-Grier Studios to experience a School of Rock Broadway Rehearsal workshop. At a typical Broadway Rehearsal workshop, a Broadway cast member teaches the group a musical number—from the Broadway show they are going to see later that day. It’s conducted in a real Broadway rehearsal studio, with a Broadway veteran coaching the students on vocals, choreography, and staging, giving everyone a deeper understanding of what it’s like to work on Broadway. 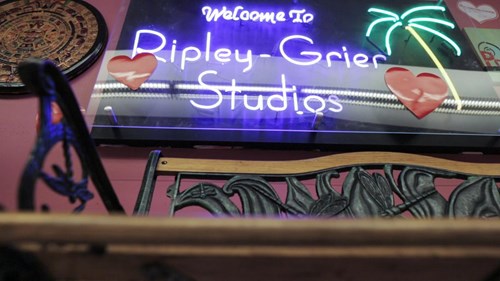 In other words, these lucky kids were going to learn a routine from School of Rock and then see the show that night! Leading the workshop was School of Rock’s Jesse Swimm, plus Steve Webber on the piano.

The kids gathered around Webber’s piano for a vocal warm up, to get them ready to rehearse. Steve has appeared in musical theatre productions throughout the United States. As an actor/singer/dancer, he’s worked with such Broadway personalities as two-time Tony Award® winner John Cullum, three-time Tony® winner Hinton Battle. 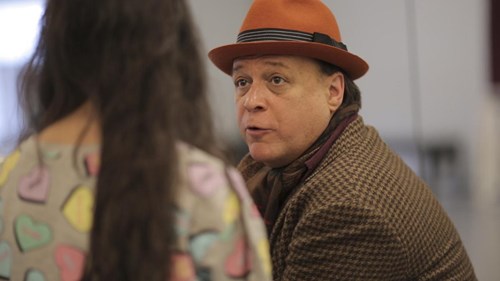 Once their voices were suitably warmed, they started to learn the lyrics for their performance. They were learning the lyrics to “Stick It to the Man,” one of the musical’s show-stopping numbers. Steve wanted them to really feel the song and told them, “This is not just about sounding beautiful; it’s about telling a story. This song in particular is about empowering kids.”


There's been one solution,
Since the world began.
Don’t just sit and take it,
Stick it to the man.
Rant and rave
and scream and shout.
Get all of your aggression out.
They try to stop you,
let ‘em know
exactly where they all can go.
And do it just as loudly as you can!
Stick it to the man!

Nervous after learning the lyrics, the students then learned the choreography with Jesse, who is currently performing on Broadway with School of Rock. Jesse has also appeared in Mary Poppins on both Broadway and on tour, as well as in the national tours of My Fair Lady and West Side Story. 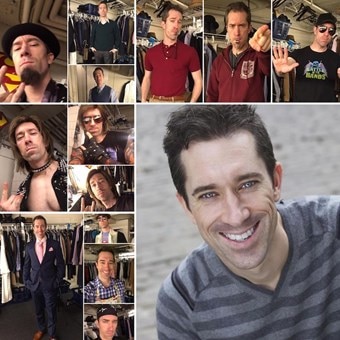 Jesse started to teach the choreography, but then stopped to tell the students, “You guys are part of an awesome movement. You have an opinion, and it matters. Every single one of you has an incredible story to tell. Put that story, your opinions and your frustrations into this dance.

That was the pep talk the students needed, because after that, they amped up their energy and really got into the choreography. Some students, normally shy and reserved and certainly never having stuck it to the man before, were transformed into rock stars.

After running through the number a few times, the breathless and excited kids got to take part in a Q & A session. Based off the questions they were asking, it was clear there were quite a few budding Broadway actors and actresses in the room. The groups biggest question? How does Jesse afford to live in New York City.  Jesse was honest, saying that he never takes being in a show for granted, and that he's unemployed once a show ends. But thus far, he has been incredibly lucky (as his resume proves) and has been able to afford living in The big Apple.

After the students learned their number, they bid Steve and Jesse goodbye and thank you, looking forward to seeing School of Rock tonight. They’d sit in their seats and watch the number they learned and think, “I took part in that, and I have a story to tell.” 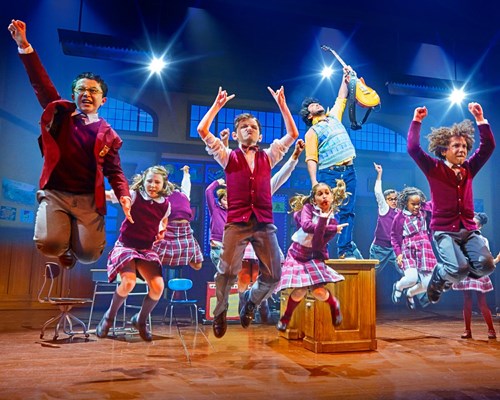 Make it unforgettable! Enhance your group's Broadway experience with educational and enlightening workshops and behind-the-scenes tours. Click here for a complete list of workshops and transform your next trip to New York City!