Each and every group is unique. Whether you're making a party extra special or doing some co-worker bonding, each group has its own specific wants and needs when it comes to picking the perfect Broadway show. Fortunately, no one knows Broadway better than our staff at Broadway Inbound. We're lucky enough to see almost every show that opens on Broadway, which makes every staff member on our team a bona fide theatre expert.

There's nothing we love more than talking about our favorite shows, so we've assembled a list of some of our current Staff Picks. This month, we're bringing you our favorite shows opening this spring, and a classic that opened 30 years ago. Read the picks below, and stay tuned for even more Staff Picks next month. 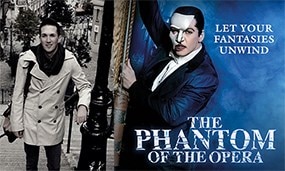 Frank’s Pick: The Phantom of the Opera

Frank Recommends: It’s no surprise that The Phantom of the Opera has lasted as long as it has. The story is timeless, the score is beautiful and it appeals to so many different audiences. This very lavish production, now celebrating its 30th year on Broadway, continues to transport audiences back to the beautiful stagecraft of theater how it was over a century ago.

Perfect For: Almost anyone—even those who do not come from an English-speaking background are sure to enjoy it.

Phantom of the Opera in Three Words: Breathtaking. Magnificent. Haunting

Meet Frank: The Phantom of the Opera has always held a very special place in Frank’s heart; his introduction to Broadway was in middle school, when his chorus was working on songs from the show and his parents surprised him with tickets. The spectacle of the show and the beautiful music captured his attention and made him fall in love with live theatre. Beyond Phantom he enjoys revivals—especially when helmed by a strong leading lady, à la Glenn Close in Sunset Boulevard, and Patti LuPone in Gypsy.

The Phantom of the Opera is celebrating it’s 30th anniversary this year. To purchase your group tickets, follow the link. 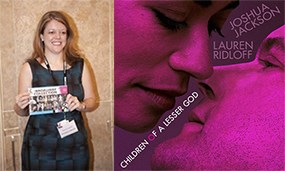 Allison Recommends: I’m recommending Children of a Lesser God after seeing it at the Berkshire Theatre Group last summer. After seeing the show and participating in a talkback with the cast, I realized what a special production this truly is. Lauren Ridloff, cast in the lead role opposite Joshua Jackson, is someone not to miss. I saw beautiful performances led by Jackson and Ridloff, in a challenging love story that gave me a new perspective and insight into communication in relationships.

Perfect For: People who have seen other directing work of Kenny Leon (A Raisin in the Sun, Gem of the Ocean), will want to see how Mr. Leon brings this story to life on stage.

Meet Allison: Dance has always been a big part of Allison’s life and through it she was introduced to musical theatre. She took her first dance class when she was 3 years old and never stopped. She knows how impactful a Broadway experience can be for a young person. The ability to facilitate the next generations of audience members, actors, dancers, and the myriad of people that come together to make a show a reality is a big part of her passion for Broadway.

Children of a Lesser God opens April 11, 2018. To purchase your group tickets, follow the link. 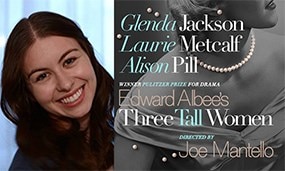 Christine Recommends:  It’s always a treat to see a show carried by an ensemble of women. Not only is Albee’s play comprised almost entirely of women, it offers two substantial roles for older actresses. I’m so excited to see Glenda Jackson and Laurie Metcalf perform; they’re both such legends. And I can’t think of a better young actress to round out the cast than Alison Pill. I’m so excited to see so many powerful female performers on stage at the same time.

Perfect For: Anyone looking for a show that’s somehow both a classic and a departure from the norm.

Meet Christine: Christine’s been involved in theater ever since seeing a production of A Midsummer Night’s Dream as a kid. She grew up taking the bus into the city to see shows and working on them whenever possible. “It doesn’t really matter to me whether it’s a musical or a straight play, classical or contemporary—I just love good stories.”

Todd Recommends: I remember seeing the original Off-Broadway production of Lobby Hero way back in 2001, and I was struck by how absorbed I was into the goings-on in a seemingly ordinary apartment building lobby. Kenneth Lonergan’s play has stuck with me over the years (as have a lot of Lonergan’s plays and films), and I’m super excited to be able to see it again, on Broadway, with this exceptional cast. I’m especially looking forward to Chris Evans’s big Broadway debut.

Perfect For: Anyone looking for an intricate play about real people, performed by exceptional actors.

Meet Todd:  Todd couldn’t imagine moving away from NYC and missing out on all of the amazing theatre the city has to offer. A theatre kid at heart, Todd tries to see as much as possible, though he especially loves Sondheim musicals and Edward Albee plays. After 20 years in the business, he’s seen hundreds of shows and is always willing to talk about them—especially the terrible ones.

TAGS: CHILDREN OF A LESSER GOD, LOBBY HERO, THREE TALL WOMEN, THE PHANTOM OF THE OPERA