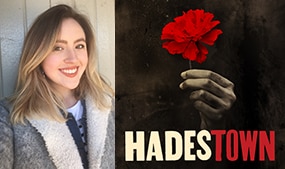 Sarah Recommends: Hadestown follows two intertwining love stories from ancient Greek mythology all while managing to be incredibly current. The music is wonderfully original and not like anything you’ve heard on a Broadway stage before. You’re sure to leave the theatre with the melodies stuck in your head for days.

Perfect For: Anyone who loves good story telling accompanied by great music.

Meet Sarah: Sarah grew up going to theatre camp every summer and had to be involved in every show, from elementary up through high school. She fell in love with Broadway musicals because she loved to sing, but at the end of the day she’s drawn to anything with a good story. 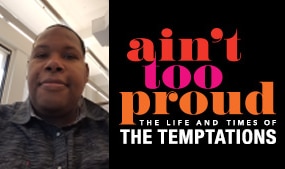 Elliot Recommends:  I’m recommending Ain’t Too Proud because it provides a window into the lives of The Temptations, apart from their singing. Their story is especially important since their struggles to work together as a group, as well as family and racial tensions, play a role in some of their music.

Perfect For: Anyone who grew up with The Temptations playing on the radio—or had parents playing them in their homes.

Ain’t Too Proud in Three Words: Music. Memories. “My Girl”.

Meet Elliot: Elliot’s introduction to Broadway was on a school trip to Phantom of the Opera—and it’s still his favorite to this day! To him, the best part of working at Broadway Inbound is knowing that “some student or patron will be sitting in their seat, the lights will dim, and they will be totally swept away.”

To purchase group tickets for Ain’t Too Proud, click here. 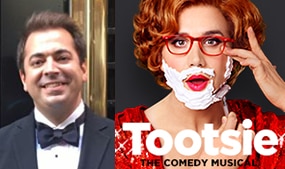 Jered Recommends: I LOVE TO LAUGH! For that reason, I recommend Tootsie. My cheeks hurt from smiling and laughing when I left the theatre. If you’re familiar with the original film, it’s pretty much the same story—but updated for 2019. I like that the show was able to remain true to the iconic, well-known source material while still feeling totally new and fresh. And, like I said, I laughed… a LOT!

Perfect For: Although maybe not the best option for little children given some language and situations, it’s really great for anyone with a sense of humor!

Meet Jered: Theatre has always been Jered’s passion—both as a participant and as an audience member. He has a BFA in Musical Theatre, moved to NYC right after graduating college, and has worked in various parts of the industry for his entire adult life. Jered’s all-time favorite show is Guys and Dolls.

TAGS: HADESTOWN, AIN'T TOO PROUD - THE LIFE AND TIMES OF THE TEMPTATIONS, TOOTSIE