There's nothing we love more than talking about our favorite shows, so we've assembled a list of some of our current Staff Picks. This time around, we asked our press team about some of this season’s newest musicals. Read the picks below—and stay tuned for even more Staff Picks. 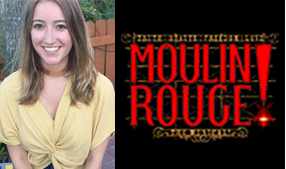 Perfect For: This show is perfect for a girl’s night out!  It’s also great for a romantic date night.

Meet Amanda: Amanda’s introduction to Broadway was a trip backstage at Beauty and the Beast. She loves that no two shows are alike and there’s always something new to see. Amanda likes to take in the whole experience: “From getting handed a Playbill, to picking out candy to snack on, to the excitement when the lights dim and the curtain rises.” 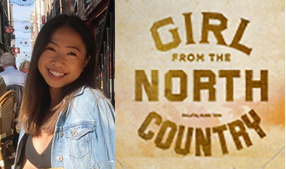 Kristy Recommends: I would recommend Girl From the North Country. It uses Bob Dylan’s music to tell the story of the individuals in a small Minnesota town at the edge of change, in the midst of the Great Depression. It’s a beautiful production that touches you as the stories unfold about old dreams, new beginnings and hope for a community.

Perfect For: This show is perfect for Bob Dylan fans of all ages. A great show for multi-generational groups.

Meet Kristy: Kristy’s first Broadway show was Wicked when she was 13. She thought it was the most magical thing ever. Growing up in Florida, visiting New York became a treat she always looked forward to—and seeing a show on Broadway was a must. “The stories told on Broadway can always be brought back to your own life in some way which I think is really special.”

To purchase group tickets for Girl From The North County, click here. 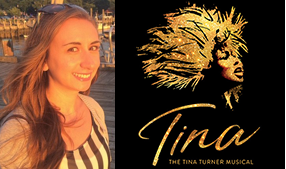 Elizabeth Recommends: I’m recommending Tina: The Tina Turner Musical. It brings the rock ’n’ roll queen’s story to life on stage in a way you’ve never seen before, following Tina from her humble beginnings to her transformation into a global rock star. Plus it’s full of her best songs!

Perfect For: Everyone! As long as you’re up for dancing in your seats!

Tina: The Tina Turner Musical in Three Words: Can I say Best. Show. Ever. No? Ok. How about Energetic. Fabulous. Powerful.

Meet Elizabeth: Elizabeth grew up in NYC, and both of her parents are big Broadway fans, so she’s been going to Broadway shows for as long as she can remember. “It’s live, which is so cool to me. There’s nothing quite like live entertainment.”