Even if you think you know their stories, these women are here to set the record straight.

We headed up to the American Repertory Theater in Boston (Cambridge, actually) to get a sneak peek of the show before it comes to Broadway, and let’s just say we were not disappointed.

First things first, get ready for some serious girl power. The all-female cast is backed by an all-female band, appropriately dubbed the “Ladies in Waiting.” From the moment the queens hit the stage, you know you’re not in for a stuffy renaissance rendition of their stories. 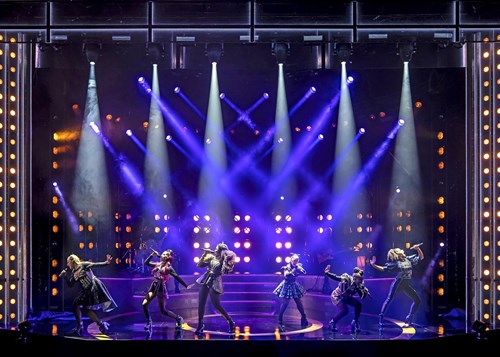 Rather, each queen has her own “queenspiration,” such as Shakira, Adele, Nicki Minaj and Ariana Grande. Stepping out from behind the shadow of their infamous spouse, the queens “compete” through songs to determine who had it the worst during their time with Henry.

There’s a reason that the studio album is streamed on average 300,000 times a day: the songs are good. We mean damn good. As soon as we got out of the theatre, we had to download the album and have been listening to it ever since.

We just found out that the uber-talented Adrianna Hicks, Andrea Macasaet, Abby Mueller, Brittney Mack, Samantha Pauly, and Anna Uzele will bring Six to Broadway starting March 12, and we couldn’t be more excited about it.

This isn’t history, but her story and it’s one that can’t be missed!