When Pretty Woman was first released, way back in 1990, Jerry Mitchell knew it was “one of the greatest love stories ever.” He knew something else too. “The characters could sing and dance—I thought I saw a way for that to happen.”

Mitchell, who is now directing and choreographing the production set to open on Broadway this summer, was onto something. But it would take almost 30 years before Pretty Woman: The Musical would make its way to the Broadway stage. Broadway Inbound recently organized a press event to give the travel industry a sneak peek at this sure-to-be-hit. “One of the things that attracted me to Pretty Woman was that it was such an international sensation,” said producer Paula Wagner. “You say Pretty Woman and peoples’ faces light up—all over the world.”

With such an undeniably beloved film, the show’s creative team certainly has a lot to live up to. But with Grammy® winner Bryan Adams and his longtime songwriting partner Jim Vallance providing the score, and a book by none other than the original film’s director, Garry Marshall, and screenwriter, J.F. Lawton, the iconic story couldn’t be in better hands.

The cast is no less qualified. Samantha Barks will be making her Broadway debut as Vivian—the role that put Julia Roberts on the map—alongside Tony® award winner Steve Kazee as Edward, the wealthy businessman who hires the charming Vivian as a sex worker, only to quickly fall in love with her. 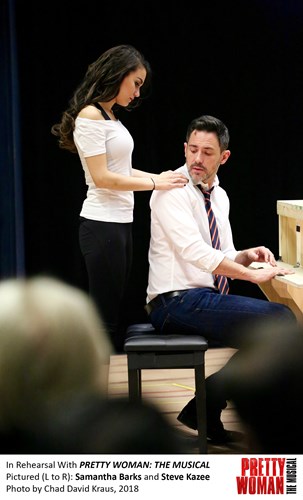 The show is currently on its way to Chicago to play a brief run before returning to New York, with performances beginning July 20th. 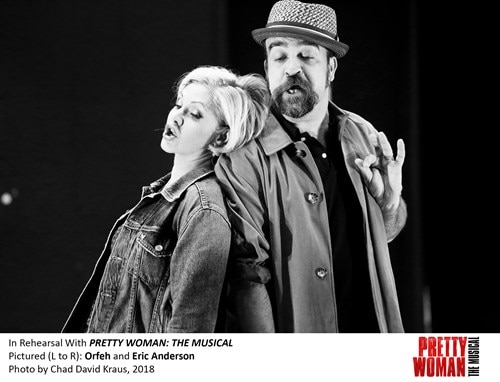 “I just want to speed up time and get on Broadway!” said Orfeh.

Bryan Adams echoed the sentiment. “I love coming to New York because it’s so alive… I’ve recorded some of my biggest albums here, some of my biggest songs were made here, huge life experiences have happened for me in New York City… including my first musical, so this town is deep in my heart.”

Luckily, when the cast and crew make their way back to New York City, it will be to stay. But if you’re hoping to catch this iconic story’s move to the stage, you may want to book your tickets in advance—this is one show that’s sure to be popular.

“This is a destination musical,” said Wagner. “All over the world people identify with this classic, love story.”

“You’re going to have a great time. The music will move you,” said Adams. “I think love’s an important message. Come to the best city in the world and have a little love.”