Pets Steal The Show At The 20th Annual Broadway Barks

If you’re looking for a new pet, perhaps Bernadette Peters can help. 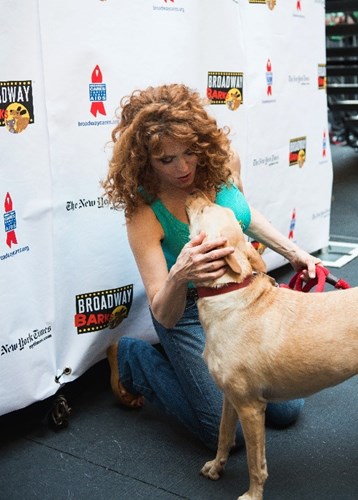 Twenty years ago, Peters teamed up with the late Mary Tyler Moore to found Broadway Barks, an annual summer event that brings Broadway stars together to find loving homes for animals in need. Over the past 20 years, more than 2,000 cats and dogs have participated in the event, many of them finding forever-homes.

On July 14, Peters’s Hello, Dolly! costar Victor Garber joined her in Shubert Alley to host the 20th annual Broadway Barks. 28 New York City animal shelters participated, alongside countless Broadway stars, from The Band’s Visit’s Katrina Lenk to Erika Henningsen and Barrett Wilbert Weed from Mean Girls. After a few hours to meet the adoptable pets, Peters, Garber, and many other members of the Broadway community took to the stage to introduce a number of the adoptees. 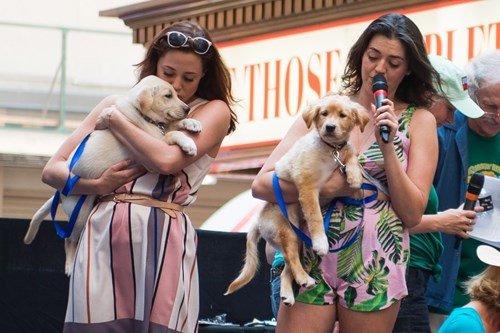 The stars were, of course, universally upstaged by their furry counter parts, but they didn’t seem to mind. And could you blame them? 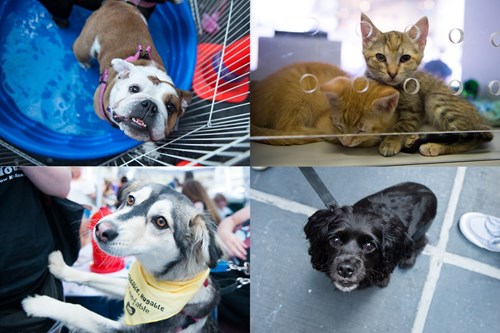 This year’s Broadway Barks may be over, but there are still plenty of animals across NYC in need of a good home. If you’re not sure where to look, Broadway Barks has a list of affiliated shelters on its website.

And if you’re planning a visit to NYC for next year, mark your calendar for Broadway Barks 2019 and meet some adorable furry friends in Shubert Alley. 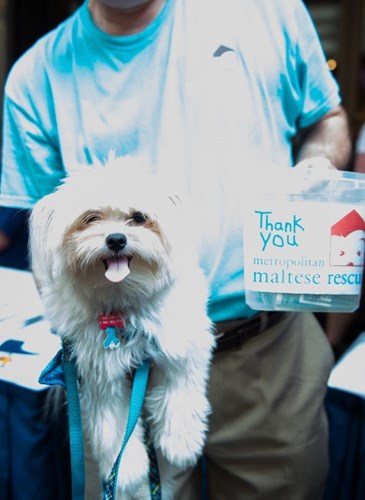