Five Things To Know About Hadestown

Hadestown arrives on Broadway in March, and a lot of people may not be familiar with its timeless love story—yet. To help those not in the know, we sat down with Anaïs Mitchell, the singer-songwriter behind the music, lyrics, and book, to find out a little more about this vivid new folk-opera. 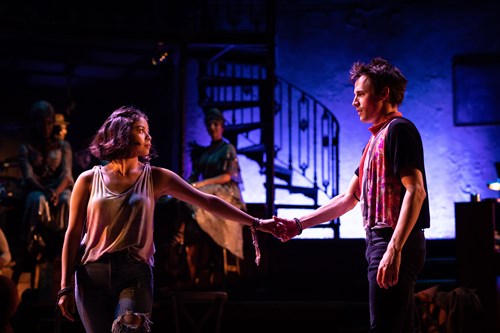 1. It’s based on the myth of Orpheus and Eurydice

In the myth, Orpheus journeys to the underworld to save his lover Eurydice. He must petition Hades and Persephone, the gods of the underworld, to allow him to bring her back to earth. “Eurydice is not an agency-less victim in this version of the story, but a practical girl who chooses the security of Hadestown over her unpredictable life above ground,” says Mitchell. “To me, these myths and these mythological characters feel very modern, but also ancient, they keep resonating in surprising ways.” 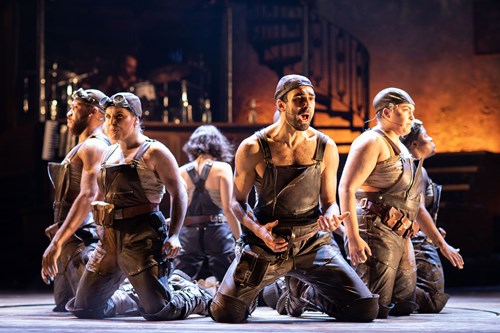 2. The journey to Hadestown started 12 years ago

The original version of Hadestown was a DIY project developed in 2006 and 2007 in Vermont, where Mitchell was living at the time. Since then, the show has had many incarnations, including the 2010 studio album from Righteous Babe Records and a long and fruitful collaboration with current director Rachel Chavkin (The Great Comet), that have brought the show from off-Broadway, to Edmonton, to London, and finally to Broadway. 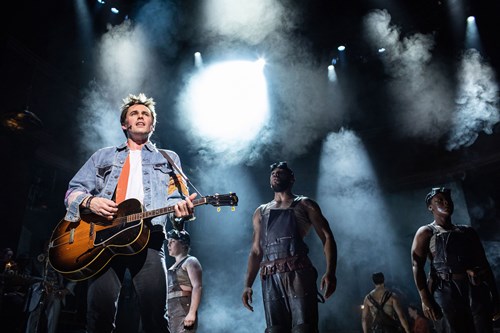 3. The first piece written for the show was the chorus of “Wait For Me”

“It was the seed that made me go, I think I’m going to write a folk-opera about Orpheus and Eurydice,” says Mitchell. Though the song has evolved since then, going through many drafts before landing where it is today, the chorus of “Wait For Me” was the first piece of music penned for the show. 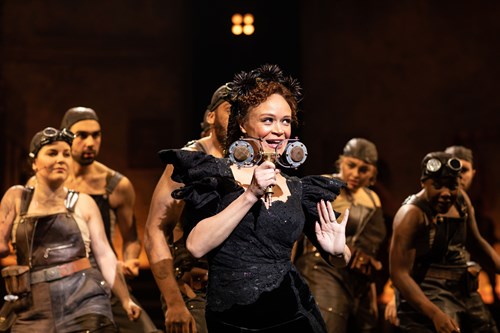 4. But the first song completed in full was “How Long?”
The song Persephone sings to convince Hades to allow Eurydice to go with Orpheus was the first song to be completed. “It was a mystical song that came out fully formed before anything else, and weirdly, while everything changes around it, that song remains the same all these years later,” Mitchell explains. 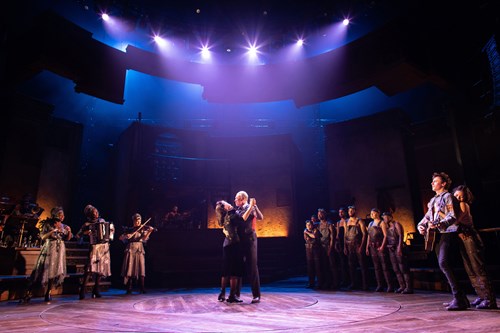 Though the original myth and the show itself are tragedies, Hadestown breathes new life into this ancient story. With Rachel Chavkin at the helm and a stellar cast, including Patrick Page (Saint Joan, Spring Awakening), Eva Noblezada (Miss Saigon), and Reeve Carney (Penny Dreadful, Spider-man: Turn Off The Dark), making the move from London, Orpheus and Eurydice are in good hands. “The music is very buoyant [and] life-affirming,” says Mitchell. “This is a show for people who really love music, and folks who are open to, or better yet, hungry for unconventional theatrical experiences.
“The myths will always be relevant, that’s part of their mysterious power,” says Mitchell. So now that you know a little more about Hadestown, and the enduring nature of its story, click the show page link below to book your tickets!
Author: Christine Nyland