It’s not just your imagination, Ain’t Too Proud is a 2019 Tony Award® winner and a New York Times Critics’ Pick! After breaking house records in Berkeley, D.C., and Los Angeles, Ain't Too Proud is the electrifying new Broadway musical that follows The Temptations' extraordinary journey from the streets of Detroit to the Rock & Roll Hall of Fame. We were dazzled by the show, and we were lucky enough to sit down with Derrick Baskin, who stars as Temps founding member Otis Williams.


Broadway Inbound: How does it feel to be stepping into the shoes of such an iconic group that is part of music history?
Derrick Baskin: It feels surreal! Never in a million years would I have thought I'd have the opportunity to step into the shoes of a group that has literally paved the road for what I get to do on Broadway eight times a week!

BI: Why does the story of The Temptations belong on Broadway?
DB: I think it's important for people to always know their history. Broadway is known for entertainment, so it makes me proud that we can also reflect the times we, as a country, have lived in and are living in while entertaining Broadway audiences.

BI: You play Otis Williams, the lone surviving original Temptation. Have you gotten to speak with him, and has that influenced how you play the role in anyway? Has it helped with your role as narrator?
DB: There's no greater source of inspiration, no greater source of information than from speaking to the very Otis Williams. He has such a wealth of knowledge that you can't get from reading an autobiography or watching a movie. In talking with him, I knew I wanted to show his heart. I wanted to show the genuine love he still has for his Temptations brothers. I wanted to show the humanity of this icon so that others can relate to him as I now do. 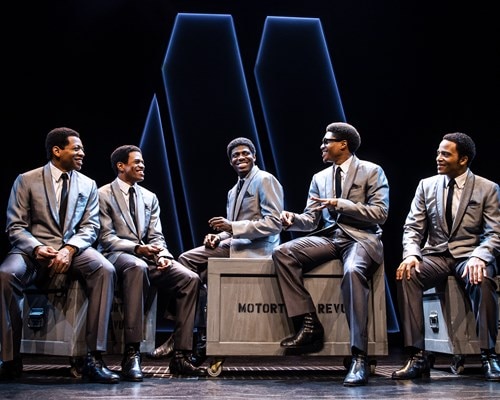 BI: Many people are already familiar with The Temptations, have you learned anything new about them since taking on this role?
DB: I only knew very broad strokes about The Temptations history. I didn't know the intricate relationships he had with Barry Gordy and Shelly Berger who were instrumental in guiding The Temps to stardom. I love reliving those moments every night.

BI: Do you have a favorite song by The Temptations?
DB: “Papa Was a Rolling Stone” is one of my favorites. Artistically it changed the direction music was heading in. The harmonies are so tight and lyrically it tells a great story. And it's just so funky!

BI: With so many shows out on Broadway, why is Ain’t Too Proud the show for people to see?
DB: This musical is telling a story in a fashion that other musicals aren't doing. It actually doesn't feel like a musical. It feels very cinematic. We get that often when we greet people at the stage door. It is a musical that will take you down memory lane if you grew up with this music and if you haven't, it will hopefully inspire you and educate you on music that help change and reflect the world. 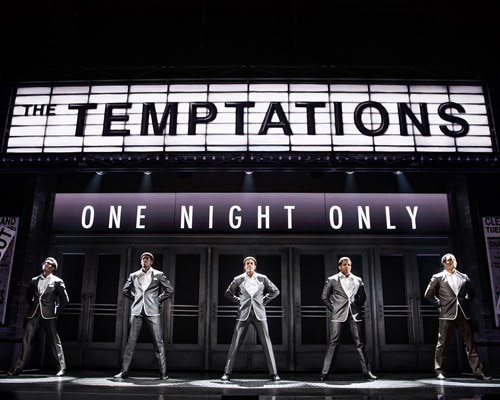 BI: When you’re not busy with the show, what do you like to do around town?
DB: I love the outdoors so, when I can, I hit up one of a few parks scattered throughout the city. I love people watching in Rockefeller Center while eating treats from Magnolia Bakery (the banana pudding is the best). And when I want to get out of Times Square, I love shopping around Prince St. and Broadway in Soho. Great shopping and awesome restaurants.


We’d like to thank Derrick for taking time out of his busy schedule to give us the scoop on this incredible show. And if you don’t know The Temptations by now, well, you will by seeing this show! Get your tickets by visiting the show page below, and get ready for an amazing time!