A true New York City institution, Chicago has everything that makes Broadway great: a universal tale of fame, fortune and all that jazz; one show-stopping-song after another; and the most astonishing dancing you’ve ever seen.

Another thing that keeps audiences coming back for more after over twenty years are the famous faces. Taye Diggs, Brooke Shields, Michael C. Hall, Sofía Vergara, and Melanie Griffith are just a handful of the celebrities that have graced the Chicago stage.

Now, Academy Award® winner Cuba Gooding Jr., after spending four months in the West End production of Chicago, will reprise his role as smooth-talking lawyer Billy Flynn on the Broadway stage. We chatted with him shortly before his first performance to talk about the role and the show that people just can’t get enough of.


Broadway Inbound: How was the experience playing Billy Flynn in London?
Cuba Gooding Jr.: Amazing, magical and the reason why I’m here on Broadway now! I lost my father last year, and he was the main singer in a band called The Main Ingredient. And let me tell you, as soon as I stepped onto that stage in London, I finally understood how my father connected with an audience through song. I will be forever grateful for that.

BI: How do you think the experience will differ on Broadway?
CGJ: It’s New York City, these people are gonna be crazy! It’s special for me too, as it’s the first time my mom will get to see me performing in this musical.

BI: What is it about Chicago that makes it so appealing for stars like yourself to join?
CGJ: The history of it and most importantly, the music. The music has been something that has moved me. To be added to that long list of stars who have appeared in this show has taken my breath away. 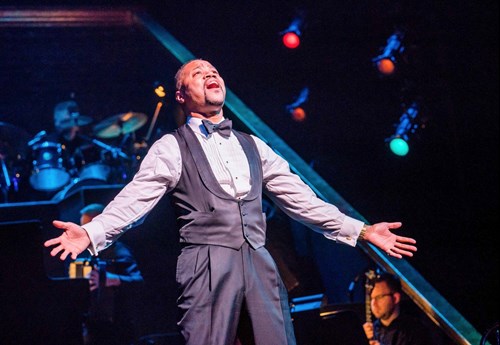 BI: How do you take care of your voice?
CGJ: Lots of tea, and a lot of vocal warm-ups every day.

BI: Follow up question, do you have a favorite type of tea?
CGJ: Throat Coat tea!

BI: What do you like to do on your day off?
CGJ: Sleep. My one regret is that I didn’t get to explore London while I was there, because after doing eight shows a week my body would just shut down mentally and physically. One day I slept for 17 hours straight.

BI: Are there any similarities between you and Billy Flynn?
CGJ: I’m just as pageantry, just as much of a ring leader, just as energetic, and we both ultimately want to help people. Of course, Billy is just doing it for the dough, but I’m doing it because I care.

BI: What do you think you bring to this character that is so unique?
CGJ: I’m bringing Billy to 2018 with my braids, moonwalking and boundless energy. 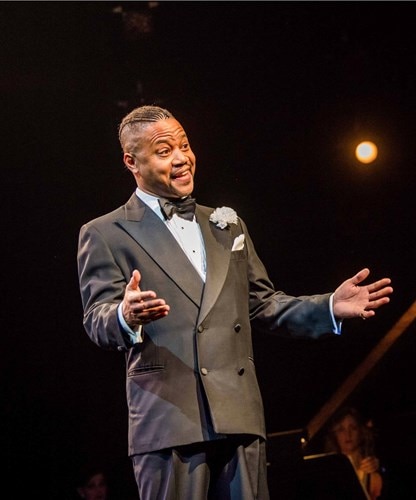 BI: Any pre-show rituals?
CGJ: I cut my own hair, get my beard right, get ready and I’m out the door.

BI: Chicago has been running for 22 years, what about it do you think keeps audiences coming back?
CGJ: It’s so beautiful in its musical score and it’s so simplistically staged, yet it gives you the most emotional impact with each performance.

BI: What would you tell international visitors about Broadway?
CGJ: You gotta come for no other reason to say that you went to Broadway and saw a musical. There’s so much history here and Times Square represents the excellence that is Manhattan. The fact that these shows have been around for so many years, once in lifetime experience.


A big thank you to Cuba Gooding Jr. for taking time out of his busy schedule to chat with us! He’ll be performing in Chicago till November 18. Catch him on stage by visiting the show page below and booking your tickets now.