Complete Casting Announced for Sunday in the Park with George

In an exciting bit of Broadway history, this will be the first production in the newly-renovated Hudson Theatre. The Hudson Theatre originally opened in 1903, but hasn't been used as a Broadway house since 1968. This jewel of a production is the perfect show to reopen the intimate 950-seat theatre. Ben Brantley of The New York Times had this to say about the three night concert performance that took place last year: "This is one of those shows that seems destined to be forever spoken of with misty-eyed bragging rights by anyone who sees it." For Broadway audiences, it's lucky then that the decision was made to mount that concert performance into a full-scale, ten-week production.

With an all-star cast and creative team, Sunday in the Park with George will play a strictly limited ten-week engagement. Previews begin February 11, 2017, and the production will run through April 23, 2017. Group tickets are now available, but you'll want to put in your requests as soon as possible due to limited availability. Tickets are available by visiting the show page below. 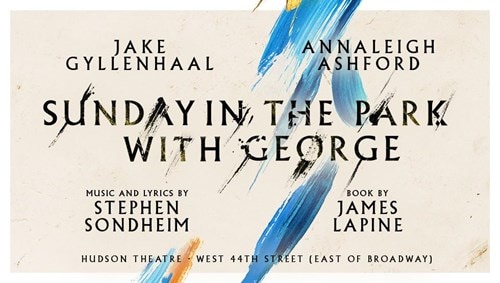