Chatting With The Great Society

Five years ago, All The Way took us inside the tumultuous first year of Lyndon B. Johnson’s presidency. Now, the creative team behind this 2014 Tony Award® winning play returns with the next chapter. The Great Society follows Johnson’s triumph in a landslide election and his passionate—and aggressive—attempts to build a just society for all.

We sat down with the show’s playwright, Robert Schenkkan, and some of the cast to find out more about this captivating political drama. 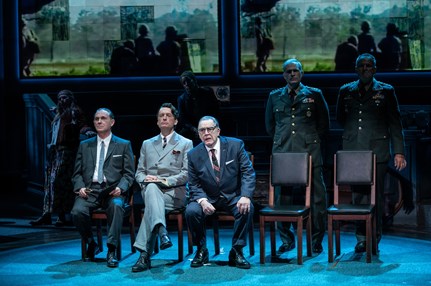 Broadway Inbound: Why does Lyndon B. Johnson’s story need to be told on Broadway

Robert Schenkkan (Playwright): Only the Broadway stage can do justice to this extraordinary and fiercely dramatic character who changed not just the United States, but the world.

Richard Thomas (Hubert Humphrey): I think it's a good time for people to see a play about the American political process during another tumultuous era.  It gives us some perspective on our present situation and reminds us that lawmaking is a very complicated business which requires strong political will to do good.

Barbara Garrick (Ladybird Johnson): I think LBJ's story needs to be told on Broadway because it is a cautionary tale of Shakespearean proportions of a man who started out with all the best intentions and due to circumstances—the Vietnam war and the turmoil of the Civil Rights Movement—ended up losing his moral compass even though he started with the best of intentions to create The Great Society.

Mark Kudisch (Multiple Roles): We need to be reminded of how challenging it is to take care of each other. Nobody is perfect, all of these iconic people were just people. But even with their flaws, they did their best to try and work together. To consider things beyond themselves. 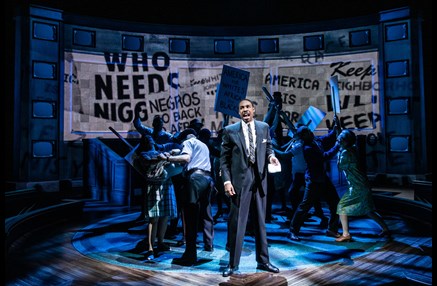 BI: Why should educators bring their students to see this show?

Brian Dykstra (Multiple Roles): Simply, if it is true that the failure to learn from our history dooms us to repeat it, then the responsibility of this generation is to illuminate for their charges the mistakes the their (and past) generations. Historically, hubris is punished. So there is hope that it will continue to be punished. But that is less likely if we don’t shine a light on it.

Frank Wood (Multiple Roles): Educators should bring their students to see this show to be part of this argument about government and democracy. We will lose our democracy if we don't defend it. Defending it means witnessing it and practicing it. It means protecting people's rights and overcoming bigotry. Including Johnson's bigotry. My father was raised in the segregated south and if Truman had not integrated the armed forces my father might never have become friends with a black man as he did in the waning months of World War Two.

Angela Pierce (Multiple Roles): Educators should come and bring their students to see The Great Society because of the overwhelming parallels in our past and present history. And an educated voice is always the most flourishing & inspiring towards change for the better.

Gordon Clapp (J. Edgar Hoover): Theatre is a powerful platform for storytelling.  This play will give students a glimpse into the workings of the Oval Office. It shows how a President must work with the other branches of government, sometimes embellishing the facts, often manipulating, to achieves his mandate.   It will also illustrate the limits of the Presidency. 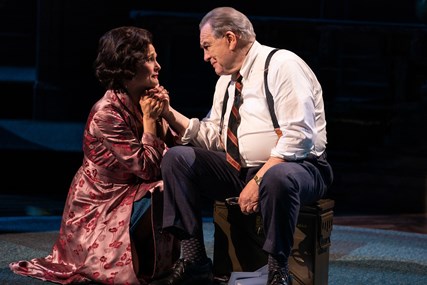 BI: What do you hope audiences take away from seeing this production?

Nikkole Salter (Multiple Roles): I hope people realize how contingent our future is upon our individual and collective actions, and that they are galvanized to participate in the manifestation of a society that serves all of our citizens.

Robyn Kerr (Ensemble): I think there is a nostalgia for those who lived through those times. I think we often forget how we got some of the freedoms we have, how people suffered for and fought for a better world for the next generation. I think it can inspire people to do better and to want to be better. To aim for that great society LBJ dreamed of. To honor the rights we have that Martin Luther King Jr. and the freedom fighters fought for.

Matthew Rauch (Multiple Roles): I hope they'll take away a curiosity to learn more. I hope they will examine this period and the themes of this play in a way that encourages critical thinking. And I hope they realize how extraordinary LBJ's attempt was, and little of it we have yet to fully achieve. And I hope that will inspire them - particularly the younger ones - to do more to help achieve it.


A big thank you to everyone for taking the time to answer our questions. Don’t miss your chance to see The Great Society on Broadway, now playing through November 30th. Visit the show page below to get your tickets now!