Broadway History At The Omni Berkshire

In the spring of 1942, two men met in Suite 2100, then the Barberry Room, of the Omni Berkshire Place Hotel, to discuss a collaboration. Both men were interested in writing a musical based on Lynn Riggs’s successful stage play Green Grow the Lilacs. This meeting would prove to be the beginning of a partnership that would change Broadway forever.

Those men were Richard Rodgers and Oscar Hammerstein II, and the show was Oklahoma! 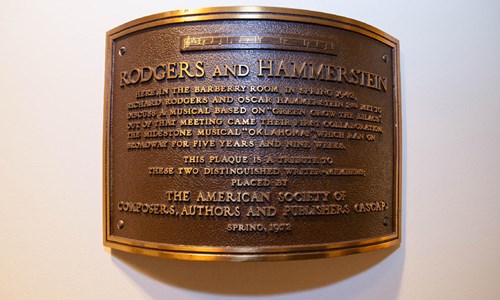 The Rodgers and Hammerstein Suite is as lush as this most recent revival is gritty. While the new production strips Oklahoma! down to its core, telling the story of a community circling its wagons against an outsider, fully grounded in the harsh realities of life on the frontier, the 1000-square-foot suite boasts a plush king-sized bed as well as a wrap-around terrace overlooking Madison Avenue and East 52nd Street.

And, of course, a desk. In case you need to get any writing done. Perhaps you’ll draw inspiration from the groundbreaking work that Rodgers and Hammerstein did in the suite, creating a new form of American musical theatre that integrated book scenes and musical numbers into a seamless, dramatic masterpiece that went way beyond the light comedies of the time. 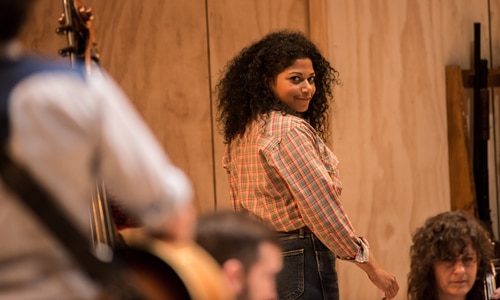 Oklahoma! will be playing a strictly limited run at Circle in the Square through September 1, 2019. And if last year’s sold out, acclaimed run at St. Ann’s Warehouse is any indicator, ticket availability won’t last long.

The Omni Berkshire Place, on the other hand, isn’t going anywhere. The Rodgers and Hammerstein Suite will be there, waiting patiently, overseeing revivals of Oklahoma! and shows that have yet to be written, for years to come.
Author: Christine Nyland