The Lion King Broadway Musical: What to Expect 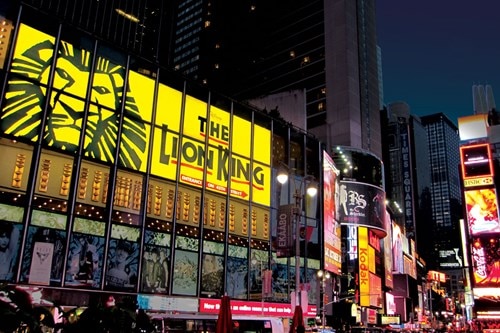 What makes The Lion King so special?

First and foremost, the music is incredible. The songs were written by Elton John and Tim Rice, and they perfectly capture the story and the characters' emotions. The music has been praised by critics and audiences alike, so it’s no wonder that the show has been so successful.

Where is the Lion King musical playing?

The show is a true spectacle, featuring stunning costumes, vibrant sets, and amazing music. The Lion King is one of the most popular shows on Broadway, so don't miss your chance to see it live. Make sure to get your tickets early.

The Lion King musical on Broadway tells the story of the young lion prince, Simba, who is destined to be king. Simba’s evil uncle, Scar, had other plans and plots to usurp the throne and kill Simba and his family. Scar succeeds in killing Simba’s father, Mufasa and encourages Simba to flee rather than face blame for the death of his father. Simba is saved from Scar’s clutches, who  plans to have him killed, and grows up in exile.  As the years pass, Simba and his friends Timon and Pumbaa live in the jungle and forget about their past. One day, Simba’s friend, Nala, arrives and tells him that Scar is abusing the animals in the kingdom. Simba is advised by his good friend, Rafiki, to go back to the Pride Lands and confront Scar. Simba and his friends return and overthrow Scar, and Simba takes his rightful place as king.

How long is The Lion King on Broadway?

Running time is 2 hours and 30 minutes, including one intermission.

The Lion King is appropriate for children ages 6 and up. Please note children under the age of 4 will not be admitted to performances.

What are the best seats for The Lion King on Broadway? 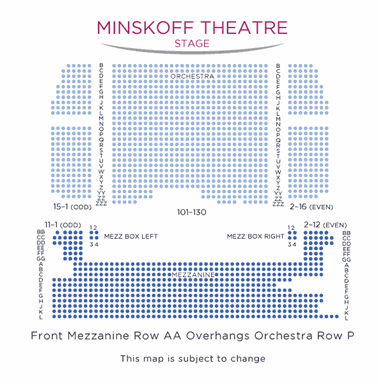 The Minskoff Theatre has 1,612 seats.  You'll have a great view of the stage no matter where you are and there is an appropriate price level for all audiences. Some of the best seats for The Lion King are in the middle of the Orchestra.

What are the famous songs in the show?

The Lion King has many famous songs, such as "Circle of Life," "I Just Can't Wait to Be King," "Be Prepared," "Hakuna Matata," "Can You Feel the Love Tonight," and "The Lion Sleeps Tonight."

What is the creative team behind The Lion King on Broadway?

A must-see for theatre fans of all ages

We encourage you to experience the magic of The Lion King musical, one of the most popular Broadway shows of all time! This stirring tale of love and loss, overcoming one’s fears and finding your place in the world will leave you feeling inspired. With its unforgettable music, stunning costumes and breathtaking visuals, The Lion King is a landmark in live theatre.

If you're looking for a truly unforgettable Broadway experience, be sure to check out The Lion King at the Minskoff Theatre! A visually stunning production, with spectacular sets and costumes, The Lion King is a story that resonates with people of all ages. It is a timeless classic that will leave you feeling inspired.