View All Shows
This show played its final performance on Saturday - June 18.

What’s Britain’s second-most famous executioner to do now that hanging has been abolished? Drink, of course. But when a cub reporter and a mysterious stranger turn up at his pub, everything hangs in the balance.

Hangmen marks McDonagh’s seventh play on Broadway, following his Tony-nominated productions of The Pillowman and The Lieutenant Of Inishmore. Winner of the Olivier Award for Best New Play and Set Design, Hangmen plays a strictly limited engagement at the Golden Theatre after multiple sold-out engagements in London and Off-Broadway’s Atlantic Theatre Company.

“FIVE STARS! The most line-by-line funny play in years.”- The Telegraph

10 or more tickets
To purchase fewer, visit Telecharge for Hangmen.

Recommended 14 +
Children under the age of 4 are not permitted in the theatre. 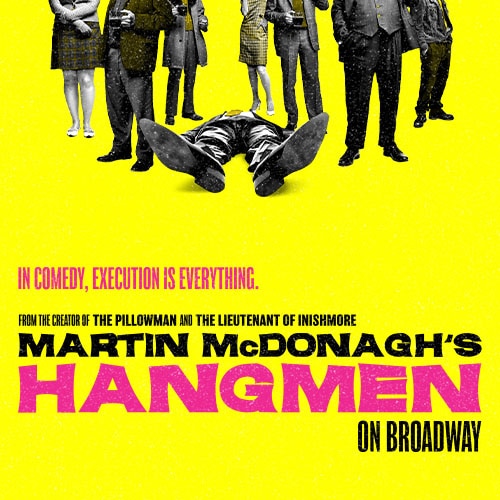