Find Tickets
Black girl magic is reborn on Broadway in this fearlessly new, fiercely now reinvention of Ntozake Shange’s iconic masterpiece for colored girls who have considered suicide / when the rainbow is enuf.

In this celebration of the power of Black womanhood, seven women share their stories and find strength in each other’s humor and passion through a fusion of music, dance, poetry and song that explodes off the stage and resonates with all.

“A landmark of American theater” (The New York Times), Ntozake Shange’s for colored girls who have considered suicide / when the rainbow is enuf blazed a trail for generations to come. Now, it returns to Broadway for the first time, reinvented, directed, and choreographed by “a true superstar of theater and dance” (NPR), Tony Award® nominee Camille A. Brown (Once On This Island, Choir Boy, Fire Shut Up in My Bones - Metropolitan Opera Fall 2021).

“A masterpiece! A turning-point for art by and about Black women.” – Essence

Recommended for 13 + (Strong language)
Children under the age of 4 are not permitted in the theatre.

1 hour and 35 minutes, with no intermission

Late arrivals will be seated at the discretion of management.

•  MASKS REQUIRED: All guests must wear a properly fitting mask over the nose and mouth in the theatre except when eating or drinking in designated areas. Guests who do not comply with these policies will be denied entry or asked to leave the theatre.

Policies for performances after June 30, 2022 will be announced at a later date.
View Details and Terms & Conditions
Find Tickets 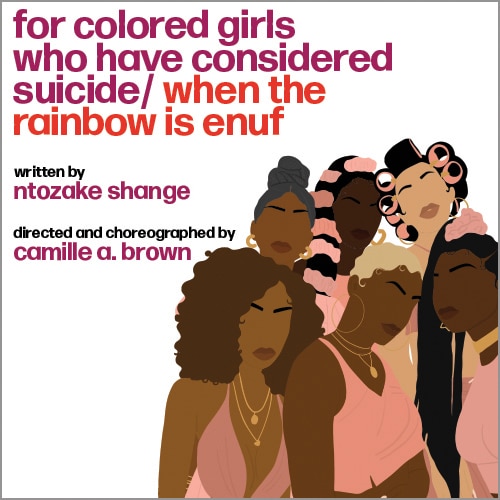 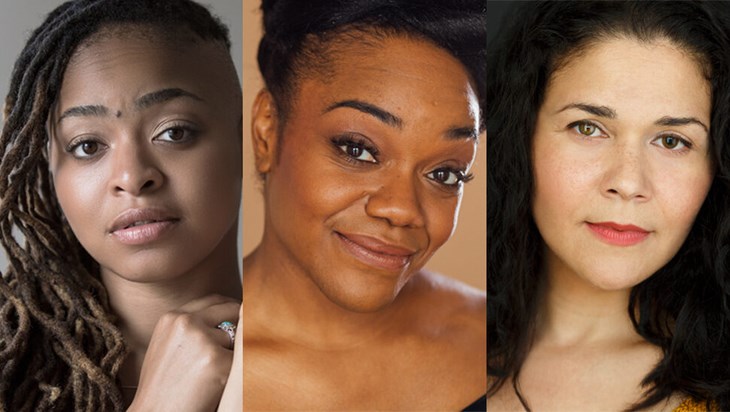 Tony® nominee Camille A. Brown will direct and choreograph the revival.