Find Tickets
Buckle up, Broadway. From the acclaimed filmmaker and creator of Empire comes Ain't No Mo', an unprecedented, unpredictable comedy that navigates the turbulence of being Black in today's America.

Direct from its smash-hit run at The Public Theater, Ain't No Mo' dares to ask the incendiary question, “What if the U.S. government offered Black Americans one-way plane tickets to Africa?” The answer is the high-octane new comedy from the mischievous mind of playwright Jordan E. Cooper and director Stevie Walker-Webb, both making their Broadway debut.

“Fasten your seatbelts,” raves the New York Times, for the "thrilling, bewildering, campy, shrewd, mortifying, scary, devastating and deep” new comedy everyone will be talking about.

10 or more tickets
To purchase fewer, visit Telecharge for Ain't No Mo'.

Recommended for 16 +
Children under the age of 4 are not permitted in the theatre. 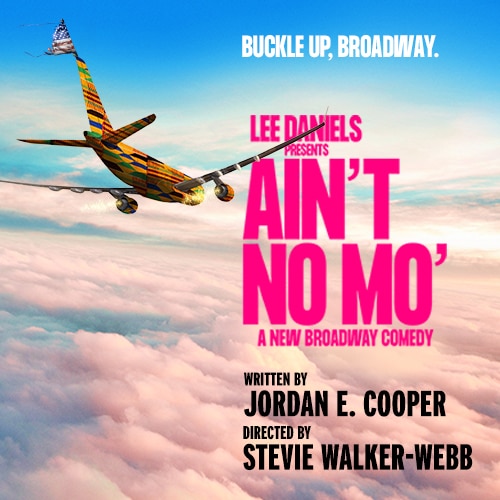